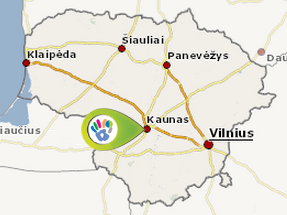 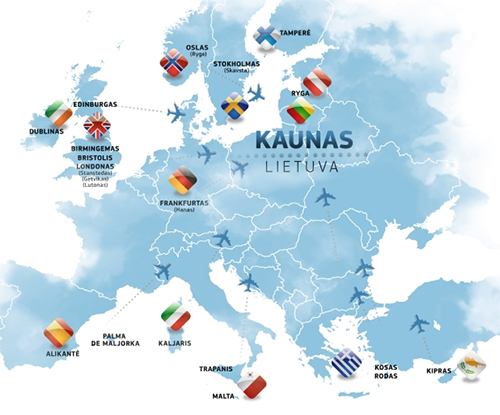 Kaunas region is crossed by the Moscow- Minsk- Kaliningrad, Vilnius- Kaunas- Klaipėda and Kaunas- Šiauliai- Riga railway routes. Also, Rail Baltica, the new Trans-European railway going via Kaunas to Poland and merging into the European rail network is currently one of the priority projects of the EU. The IXD Corridor of the Trans-European Rail network also crosses Kaunas region.

Kaunas Free Economic Zone (FEZ) is also located in the district of Kaunas, just 7 km away from Kaunas City, occupying the area of approximately 1000 hectares. Kaunas FEZ is based at the intersection of the Via Baltica, Warsaw- Helsinki and Vilnius- Klaipėda highways, which also connects the Klaipėda Seaport with Russia and Ukraine.